Some news are just too good to be true. There were at least two reports about miraculous regrowing of cut-off fingertips. 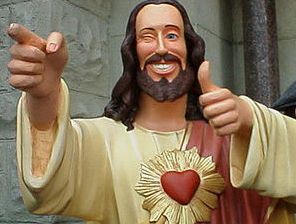 A breathtaking gospel for anyone missing some. Let’s take a closer look.

It all started in 2008 with reports about a guy,a Mr. Spievack, who got his fingertip chopped off by a model airplane fan blades.

He then used some pixie dust, which regrew back all of it: bone, flesh, skin and nail! In a matter of weeks! He got this magic dust from his brother, who took part in some regeneration research at Pittsburgh University.
The powder is nothing more than extracellular matrices, retrieved from a pig’s bladder.
Well, pigs also share many similarities with humans, especially the unique digestive tract, not found in other creatures. But there are some problems with Mr. Spievack’s claims, the main being lack of evidence. First, it happened in 2005, why waiting for three years before coming out? I would cry on every corner from day one. Second, there’s absolutely no clue what the injury really was: he never went to a doctor. Which indirectly points that the wound was really a mild one, not involving bone fracture or anything like that. He may just exaggerated things, which is common for some people especially in a state of shock. Even the photos are shot from weird angles with no depth of field, making it impossible to evaluate the amount of tissue missing. So, it may be just a minor injury which looked messy and gross, but wasn’t really a big deal. If there was any injury at all, as no scars are visible.
Anyway it’s good to hear that at his age, Mr. Spievack is enthusiastic enough to pursue his hobbies.

The next report came two years later. In 2010, a Deepa Kulkarni little finger tip got slammed by a door and fell off. 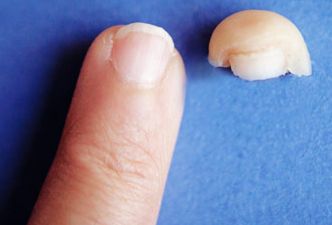 This time it got much more attention. CNN coverage, a storm in blogs and even a 60-minute show with Oprah. Of all the vocabulary, they used the term pinky like every 5 second up and beyond vomiting line. Years later, I still kinda hate the word.
It was the pixie dust again, which now got a brand MatriStem, the same University of Pittsburgh, with now deanonimized Dr. Stephen Badylak, and the manufacturers name, ACell. The crucial point: the treatment got a price, which was 1,665 USD, with everyone bragging what an awesome deal that was, as if they were going to chop their fingers off only to get the product right away.
It was where I got enlightened. Seeing Oprah endorsing some product, with very little detail on the actual process, listening to testimonials and some doctor-clad professors, with a hovering price tag rigorously calculated for an over the counter version… Add .99 after the price tag, draw some call center number, stamp As seen on TV and you’re done. 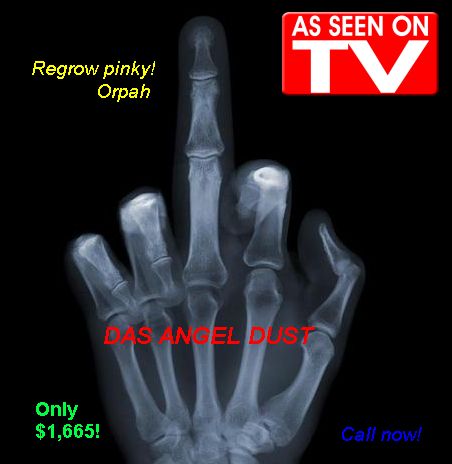 With the spell broken, let’s look at the picture once again. To the right is the missing part Deepa preverves in her fridge, which is a bit weird to begin with. Anyway, look closer. There’s no miracle at all! She is still missing a fingertip, exactly the same size of the part on the right! This is slightly obscured by the long nail, but still obvious. Again, people are are bilaterally symmetrical, isn’t comparing to the other hand the first and obvious thing to do? Yet we never see a comparative photo. Bottom line, the recovery is most conventional, no special treatment required to achieve the same mediocre results in most finger amputees. Nothing more to say.
I know all this is a bit yesterday’s news, but that enables us the readers of the future, draw some conclusions. At that is a simple one. Pixie dust bit the dust. People still don’t regrow fingers. Whatever appealing it might be, MatriStem is a scam.

PS: Speaking about religion, em, a pig’s bladder? It would be most interesting to watch some decide between regrowing a chopped-off finger and overhauling views on chopped pork.